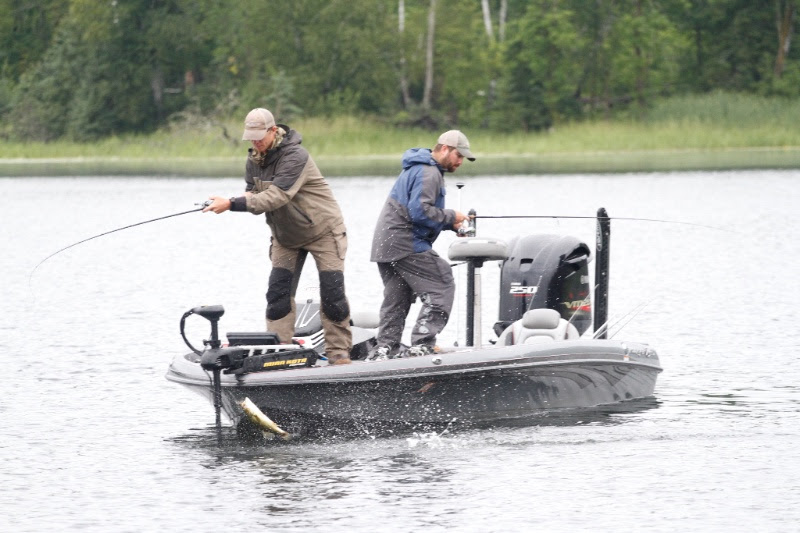 To qualify, the teams had to finish in the top 10 percent of the field in one of four tour events, win a state qualifier or finish inside the Top 30 in Team of the Year standings.

In addition, one sophomore team is coming back as a major threat. An automatic berth went to defending champions Jake Lee and Jacob Foutz of Tennessee’s Bryan College. They led the field wire-to-wire at Minnesota’s Lake Bemidji in the 2017 Championship.

Foutz went on to win the College Bracket and fish the 2018 GEICO Bassmaster Classic presented by DICK’S Sporting Goods on South Carolina’s Lake Hartwell before he finished his first year in college. Nicknamed “The Paperboy” by Bassmaster Emcee Dave Mercer, Foutz took two routes this season and is competing in both the Eastern and Central 2018 Bass Pro Shops Bassmaster Opens.

All teams will battle through the first two days of competition on Tenkiller and the Top 12 will face off Saturday in pursuit of the national championship.

Northeastern State University and Tour Tahlequah join B.A.S.S. in hosting this three-day event, which will provide a glimpse at young anglers who may become some of the top pro anglers of the future.

“The championship is an opportunity for the Tahlequah area to come together and share with anglers, their families and visitors why we love to call Tahlequah home,” she said. “Tour Tahlequah has been working in partnership with Northeastern State University and Cherokee Nation over the past six months, along with numerous local businesses, to make this event a success. We are eagerly anticipating seeing our efforts come to fruition.”

The Top 4 teams will advance to the College Bracket, set for Aug. 14-16 on Milford Lake out of Junction City, Kan., where they will split up to compete individually in a bracket-style, catch-and-release competition. The eight will be whittled down to one student angler who will be awarded a berth in the 2019 Bassmaster Classic presented by DICK’S Sporting Goods, set for March 15-17 on the Tennessee River out of Knoxville.

Those who make it will have earned it, according to Elite Series pro Jason Christie of nearby Park Hill, Okla., who grew up fishing the waters of Tenkiller. He also played basketball for host Northeastern Oklahoma University. He will be the keynote speaker during Sponsor Night, set to take place Wednesday evening before official competition kicks off Thursday morning.

“It’s going to be challenging because of the heat and because it is midsummer on a highland reservoir. That’s always tough,” Christie said. “I think the word you’re going to hear again and again is ‘inconsistent.’ But that’s also why you have a championship on a lake like this, to find out who can rise to the challenge.

“I’m interested to see how it’s going to shake out,” he added. “I know what I would do, but I’m curious to see if these kids figure out something I wouldn’t try, or something I’ve forgotten about.”

Daily takeoffs for the championship will be at 6 a.m. CT from Cherokee Landing State Park, and weigh-ins will begin 3 p.m. daily at Northeastern State University Beta Field. Fans are encouraged to come early and enjoy the Bassmaster Outdoors Expo featuring interactive exhibits and giveaways. ESPNU cameras will be filming on-site, 1-5 p.m. All activities are free and open to the public.